On the northwest side of Cyprus there lies Chrysochou Bay, which is defined by the Akamas Peninsula to the west and the Tillyria Peninsula to the east. The bay is characterized by the open and clear sea, and is famous for the golden sandy beaches along its length. On these beaches, two species of sea turtle lay eggs: the green turtle (Chelonia mydas) and the Mediterranean Caretta caretta.

The villas are located in Agia Marina Chrysochous, a seaside village near the Tillyria peninsula. In the village, mountains and the sea are combined in an idyllic quiet location. It is an ideal place of rest that is offered as a starting point for excursions, as it is located adjacent to areas rich in history, culture and beautiful nature scenery.

Agia Marina Chrysochous is located 50 km away from Paphos and 15 km to the east from Polis Chrysochous. It is a coastal, rural village on the outskirts of the Paphos Forest. The beach of the village is washed by the open sea of Chrysochou Bay and covers an area of about 2.5 km.

The local production includes various vegetables, grains, citrus and other fruit trees. Inside the forest, 3 km east from the village, there lies the dam. The irrigation of the arable lands of the village depends on this dam.

The old chapel of Agia Marina (Saint Marina) is found also in the forest, on the way to the dam. This is the location where the village used to be situated to avoid pirate attacks from the sea. When the forest was put under protection, the community was moved close to the coast; the new village retained its name in honor of St. Marina. 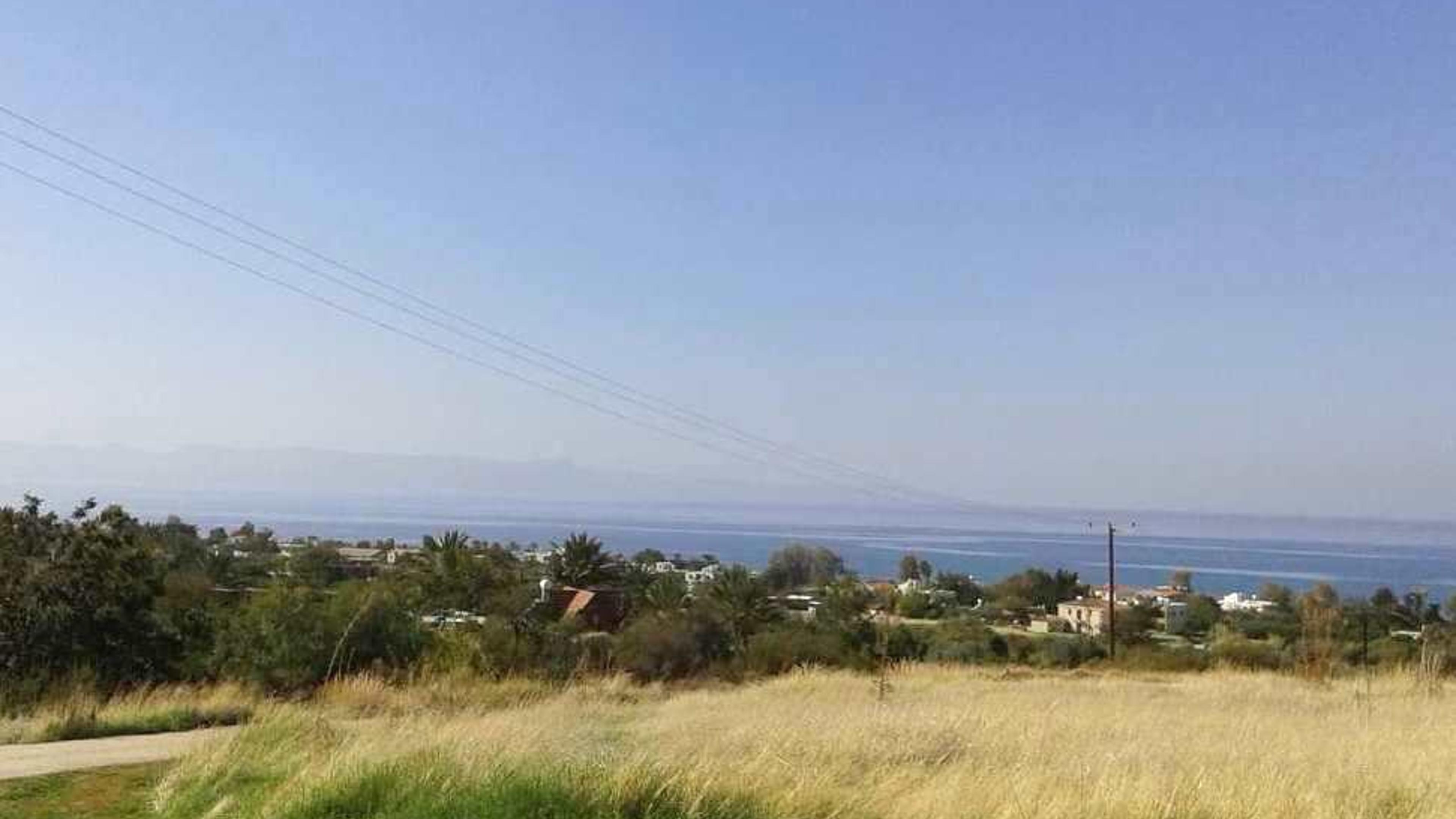 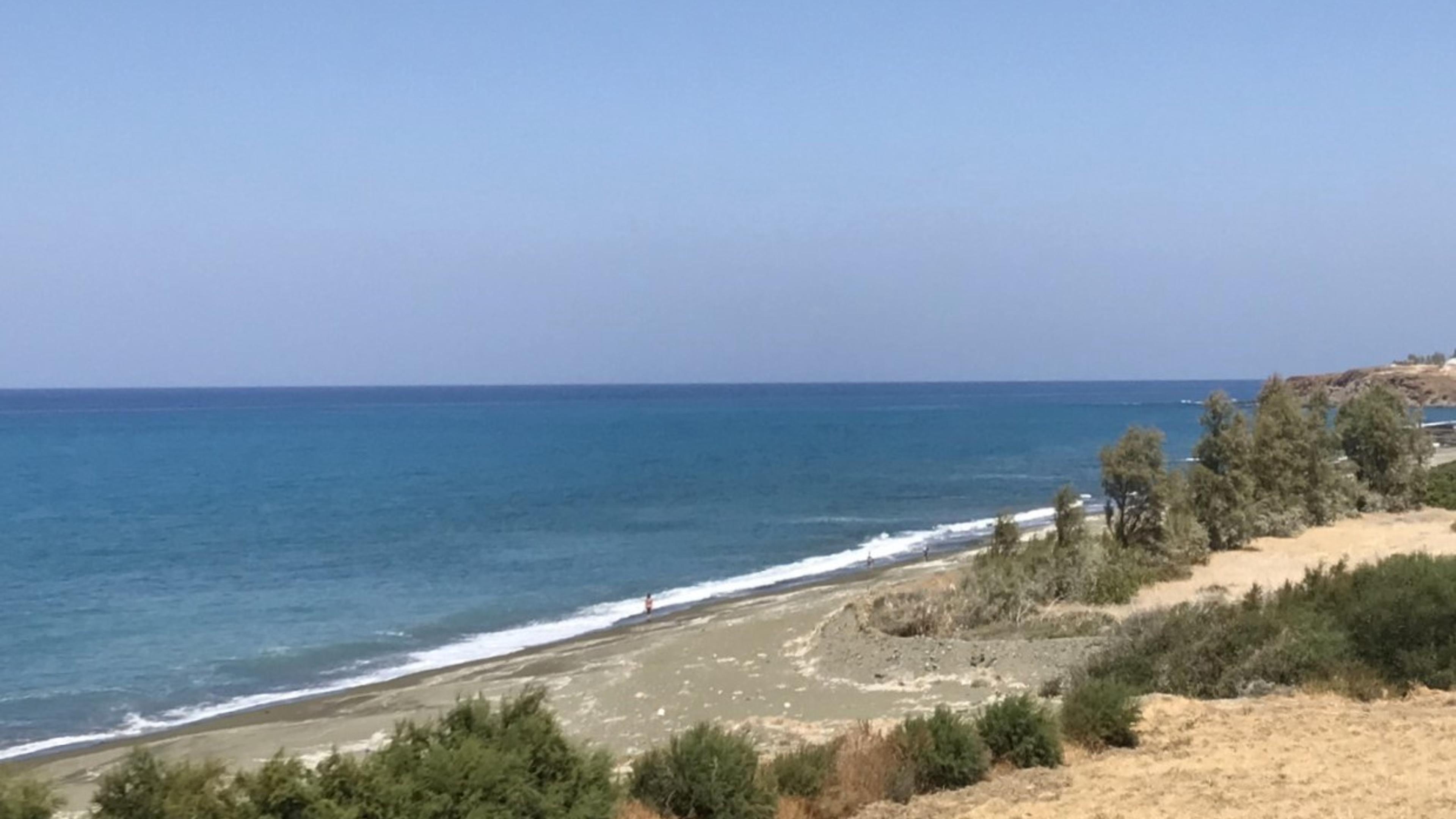 Activities in the village

The village is offered as a base of tranquility and relaxation from where the visitor can go on excursions to the surrounding areas.

You can explore the forest by car and reach the “Cedar Valley”, the “Stavros tis Psokas” and the “Kykkos Monastery”. The visitor will find organized water sports and activities in Polis Chrysochous and Paphos, as well as places of historical and cultural interest. Moreover, the Akamas National Park is an area of natural beauty, ideal for nature exploration.

From the village itself, there start two paths towards the mountains: one delimited by the Forestry agency that covers a forest area of 3-4 km, and a path that leads to the old chapel of Agia Marina and the dam.

The village lies near the Tillyria Peninsula. The sea is in the northwest, while in the east there is the view of the forests on the mountains.

It has rich intact vegetation, impressive diversity of flora and fauna and is a wildlife refuge. Bird watchers have the opportunity to see many endemic and migratory bird species. Two species of sea turtle lay eggs on the beaches of the peninsula.

Many settlements of the Neolithic period, Roman and post-roman times have been found in the area, as well as mines whose entrances are still visible nowadays.

The Tillyria Peninsula is the eastern end of the Chrysochou Bay.

The village Kokkina is located in this area, which is the only territory occupied by the Turks enclosed by the Republic of Cyprus.

Troodos is a mountain range that extends across the central and southwestern part of Cyprus. Its greater part is covered by coniferous forest areas and has diverse flora with a significant number of endemic plants.

Churches and monasteries, that are outstanding monuments of Byzantine art, are found scattered throughout Troodos. Kykkos Monastery is the richest and most famous among them.

The Paphos Forest, on the outskirts of which Agia Marina Chrysochous is located, is the largest of the forests found on the mountain range. This forest constitutes the area of distribution of the Cyprus Mouflon (Ovis gmelini ophion), a protected endemic species of wild sheep.

Here is a selection of locations and monuments worth visiting while you enjoy your stay at Agia Marina Chrysochous.

The Baths of Aphrodite

The Baths of Aphrodite, the goddess of beauty and love, are located on the Akamas Peninsula. It is a natural cave where in its lake the goddess Aphrodite took her bath, according to the Greek mythology.

The location is connected to hiking trails of the Akamas Peninsula National Park and offers a spectacular view of the Chrysochou Bay.

The enchanting mountainous locality of Cedar Valley is an oasis of calmness and isolation. It is found deep in the Paphos Forest and is characterized by the endemic species of cedar tree (Cedrus brevifolia), which is related to the famous Lebanon cedar.

There is a picnic area at an altitude of 1150 meters, as well as hiking trails.

The forest station Stavros tis Psokas is located in the Paphos Forest. It is an area of natural beauty where there is a camping site and hiking paths that cross the green landscape. This locality is within the distribution area of the Cyprus Mouflon (Ovis gmelini ophion).

The Holy Monastery of the Virgin Mary of Kykkos was built around the end of the 11th century by the Byzantine Empire. It is located at an altitude of 1318 meters on the northwest side of Troodos. There are no remains of the original monastery as it was burned down several times, but the fraternity has been active for 900 continuous years.

Nowadays, traditional Cypriot Zivania and other alcoholic beverages are produced in Kykkos Monastery. There is also a remarkable museum with ecclesiastical crafts and a library with numerous manuscripts.

"Petra tou Romiou" (Rock of Romios) is a beach located on the southwest coast of the Paphos District. According to Greek mythology, this is the birthplace of the goddess Aphrodite who emerged from the foam of the sea.

The beach is a popular tourist destination and its name originates from the large boulder near the coast.

The Holy Monastery of Virgin Mary Chrysogialiotissa is a Georgian Orthodox monastery of the 10th century and is located in the Paphos Forest. The monastery was plundered and destroyed in the 16th century, but seems to have been in use until 1935. Remains of the temple are preserved to this day, after the additional damage caused by an earthquake in 1953.

A 6 km trail ends at the monastery starting from the village Gialia, a neighboring village of Agia Marina Chrysochous. There is an excursion area with tables, a fountain with drinking water and a special area for grilling.

The Blue Lagoon is a beach of unique scenic beauty on the Akamas Peninsula, with golden sand and crystal clear waters. The area is a protected bay where the water is usually warmer than the rest of the area.

It is difficult to access the location. Access to the Blue Lagoon Beach is feasible either by road with a four-wheel drive vehicle or by boats that depart from Latsi and Polis Chrysochous.

Paphos has a history of 4000 years and the whole city is registered in the UNESCO World Heritage Sites List. Numerous monuments of cultural and historical value dating from ancient times to the Middle Ages are included in the Paphos Archaeological Park, which is accessible only by pedestrians.

The Park includes monuments such as the villas of four Roman nobles with their elaborate floor mosaics, the Asclepieion, the Odeon, the Agora, the Saranta Kolones Fortress (Fortress of the Forty Columns) and the ruins of the Basilica church of Virgin Mary Limeniotissa.